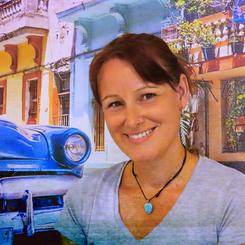 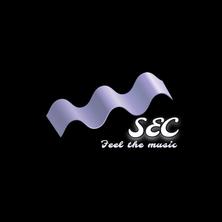 music for the soul

I’ve always enjoyed playing the piano. Several times throughout my life, I have tried to learn how to read music, but I just can’t get it. My brain just can’t seem to keep up with trying to read music and play at the same time. So I have always just played around… learning new songs and playing them over and over and OVER again, until it sticks in my brain. I’ve composed a few songs over the years as well. (Most of the “Remember” album was written during my childhood/teen years). I have never been able to play in front of people, as I’m so scared of making a mistake and not playing the song perfectly. And as I can’t rely on reading music, mistakes happen often, even with my own compositions.

In April 2019, the Lord laid it on my heart to compose an album consisting of, specifically 12 songs. Each song was to be inspired by a scripture passage, and the title of the album to be, “Sleep, in Heavenly Peace”. I expected this would take some time, as I haven’t really played the piano very often for many years (well… since having five children). And I had no idea, how in the world I was going to come up with 12 songs that would all sound different and unique! But anyhow, I sat down at my piano, and just started to play what the Lord gave to me.

To my surprise, the first four songs were finished within the first week. And the final 8 followed steadily after. When I sat down to write the final song for the album - I decided on John 3:16, my daughter's favourite. “For God so loved the world that He gave His only begotten Son, that whoever believes in Him, will not perish, but will have eternal life”. Again, I didn’t really know what was going to come out, but from that verse, the Lord gave me “Forever Love” (which is now my favourite track on the album). When I finished composing the song, I put it into the computer to edit, and I spent quite a bit of time adjusting the tempo - not being able to decide if it was too fast or too slow. Finally, I was happy with how it sounded and saved the file. When it exported into iTunes, the length of the song was exactly 3min 16sec (John 3:16). God’s final stamp on the finished album.

When I counted back through my calendar to see how long it had taken me to finish this album (that I had expected to take some time…) it was 12 weeks exactly - from start to finish. Something significant about the number 12?...

I feel totally blessed by what the Lord has given me throughout this experience. I don’t know what His purpose was or is for this music, and most of the songs left my head immediately after recording and I have not been able to play them again. Maybe, the whole process was simply to bless Him and me?
​

My latest album, "Interprétation", was released on the 24th December 2020. Prayerfully, God will use this music to bless many, and I pray that people will feel the peace of His Holy Spirit as they listen.

Listen to “Sleep, In Heavenly Peace” and "Interprétation" on all

digital music platforms by following these links 👆 or the ones below 👇

Take me to the music